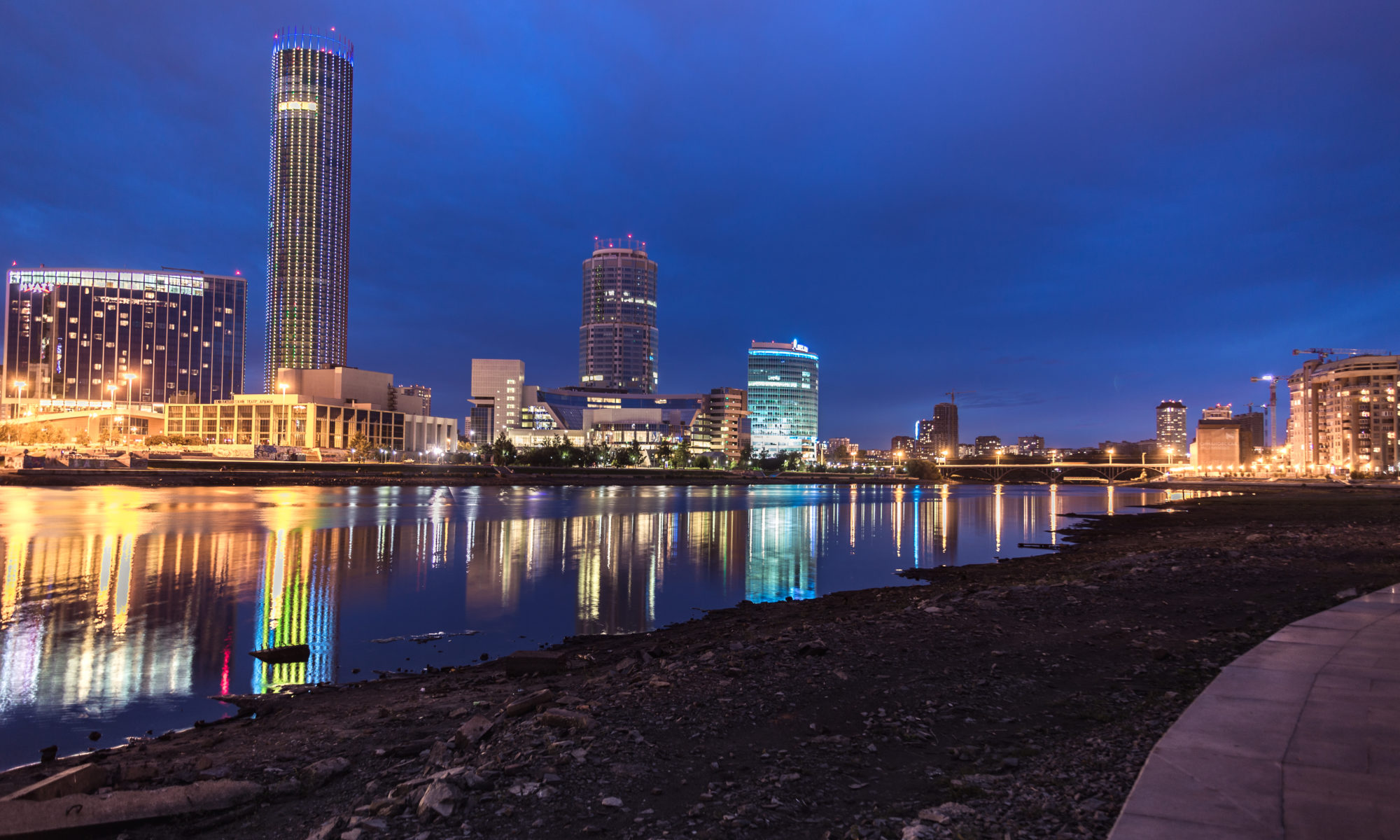 Most travelers begin to discover the city from the Railway station. And we decided to start the guidance here.

The central railway station main building dates back to 1914, but it received its contemporary look only in 1939. Let’s start our walk from here along Sverdlova street which stretches to the city centre. Lined with Soviet neoclassic housing from the 1950’s in a sort of perspective it brings you to the one of the most well-known places of the city – the Church on Blood. It had built at the place of assassination of the last Russian tzar. You can visit the church and its little museum to learn about the days the emperor and his family spend in Ekaterinburg.

Proceed along Proletarskaya street across the quiet Literary Quarter with its wooden museums of local writers from late XIX – early XX century towards the busy Lenina street (alias Main Prospect) where you can find the brightest exemplars of constructivist architecture, Ekaterinburg is so proud of. Turn left and explore the House of Press (1930) with its own street of restaurants inside and the Ural State University (1957). Walk on along the Lenin street to Hotel Iset – another gem of constructivism (1920’s) with a soviet style self-service cafe Fabrika-Kukhnya on the ground floor.

After a short break let’s return to the city center and enjoy the stunning building of the Opera House (1912). Then walk towards Malysheva street and check out the northernmost skyscraper Vysotskiy. Here you can explore the panorama of the city from the top of 280 meters and visit the museum of a famous soviet poet, singer and actor of theatre and cinema, Vladimir Vysotskiy. Now let’s walk to the place of foundation of the city at the river bank – the river Dam. It was constructed as a part of the cast iron factory and dates back to 1723. The former buildings of the factory house a museum of architecture, a lore museum and many others. There is an exposition of factory machinery outside.

The Dam and the city founders

Beside the Dam stands the monument to the founders of the city, Vasiliy Tatischev and Willam de Gennin. Also note the beautiful Neo-Gothic building across Lenin street – that is the House of Sevastyanov, a rich collegiate assessor of XIX century. Now we suggest to walk along the river towards the Circus taking a selfie with the monument of the Beatles, jump-typing your name on a huge keyboard and chasing the ducks on the river. And when you finish with observing the area around the Circus hit the 8 Marta street down to the 1905 Square to see the statue of Lenin and the City Hall. Proceed until you reach the Yeltsin center and spend at least 3 hours diving into the history of modern Russia. There are some nice restaurants inside to relax and finish your day in Ekaterinburg.
Don’t forget to check out Samovar (some-of-our) hiking tours in the beautiful natural sites of the Urals to make the best of your experience in Russia!